MAKE THIS YOUR PRIDE IN OWNERSHIP! Don't miss the opportunity to own this cute, Gulfport, 2/1 block constructed home with terrazzo floors! Bonus room on the back is perfe...

Under Construction. Enjoy a peaceful and relaxing lifestyle while overlooking the serene 170 acre estuary of Clam Bayou Preserve in beautiful, quaint Gulfport. The area f...

Well-maintained, super clean mobile home in the vintage village of Gulfport Florida just steps off the path of the winding Pinellas Trail. Relax in the the wide open ind...

The character, charm and architectural features of this home truly create a storybook home. As you walk up the thoughtfully designed brick and stone walkway through the t...

With so many reasons to fall in love with this impeccably cared for Villas del Verde townhome, can you justify missing the opportunity to make it yours? From the moment y...

Don't Miss Out On This Move In Ready Water Front Condo In Gulfport, FL! This Unit Boasts of Water & Marina Views! Watch the Boats Sway In The Tropical Breeze as Dolphins ...

Located on a large corner lot in downtown Gulfport, this charming two bedroom bungalow is filled with historic charm and period details. This unique property has a large ...

BREATHTAKING VIEWS of Boca Ciega Bay from this elegant 11th FLOOR condo located in the GUARD-GATED community of Pasadena Yacht & Country Club. Literally every room has ...

Charming single family home is perfect for first time home buyers and investors. This home offers plenty of space to connect with family and enjoy each other’s company as...

For sale is a newly renovated 3/1 in the Pasadena Estates neighborhood of Gulfport. The chef of the house will appreciate the new cabinets, stunning new Carrera quartz co...

For sale is a newly renovated 3/1 in the Pasadena Estates neighborhood of Gulfport. The chef of the house will appreciate the new cabinets, stunning new Carrera quartz co...

Stunningly renovated 3Beds / 2Bath home located in sunny Gulfport. This home features a beautiful entrance as you arrive to it, with a lush front yard. Upon entrance, you...

Seize the opportunity to purchase this prime property in Gulfport's most prime location today! This GULFPORT BEACH slice of paradise on 2 LOTS awaits you. Bring your hamm...

COMPLETELY REFRESHED ONE BED UNIT WITH NEW WARRANTIED A/C SYSTEM INCLUDES COVETED CARPORT! GOLVIEW II is one of two stylish archway buildings that were converted in 200...

The panoramic view from the top floor unit will take your breath away. Watch dolphins, manatees and a variety of sea birds from your living area and master suite. Gaze a...

TROPICAL OASIS WITH INCOME!! Check out this 2 unit multi-family property in highly sought after Gulfport! Close to the beaches this property has a ton of character that y...

Located in a shopping plaza, this Italian restaurant has a STRONG LOCAL FOLLOWING. Offers Fine Dine In, Take-Out when it was open. Sellers are hands on owner operators an...

Experience the tranquil coastal lifestyle of Gulfport. Upon stepping into this home's living room you'll feel the warmth of the oak hardwood floors, large windows bring ...

Welcome home to this updated three bedroom two bath gem in Gulfport. This is a "Smart Home" which allows you to control thermostats, lights, ceiling fans, and other devic...

This is a very modest home with a detached workshop. This 2 bedroom 1 bath home has wood floors and a large living area. The detached studio with a full bath can be used ...

Own your piece of paradise with this unique waterfront oasis. Nestled in a quiet cul-de-sac, this 3 bedroom, 2 bathroom, 1 car garage pool home is ready for you. As you e...

A little about city of Gulfport, Florida 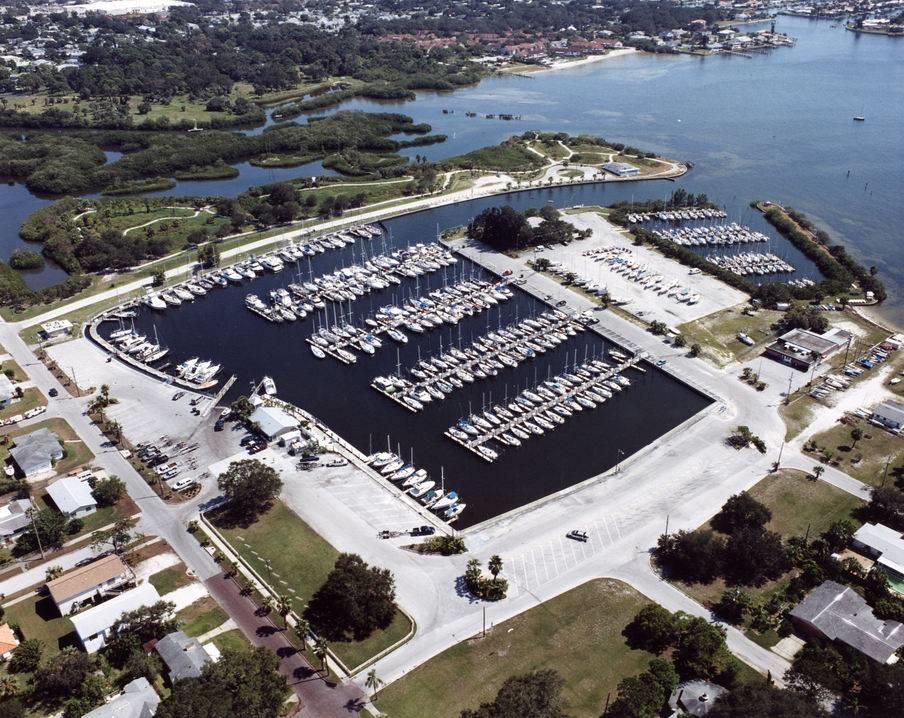 Gulfport is located on the Pinellas Peninsula, not far from its namesake of the Gulf of Mexico. Despite its name, Gulfport actually sits along Boca Ciega Bay, which is protected by a string of barrier islands that are home to several small coastal towns.

Gulfport is among the largest of these beach communities, but it's still much smaller than the neighboring cities of St. Petersburg and Tampa. Residents enjoy living in Gulfport because the bedroom community has a small-town feel with big-city amenities just a few miles away.

The history of Gulfport dates to 1867, when James Barnett settled his family in the region. Several years later, developer Hamilton Disston built a hotel along Boca Ciega Bay in hopes of drawing a railway station to the burgeoning town he called Disston City. After the railroad bypassed Disston City for St. Petersburg, Disston sold his land to Capt. John Chase, a Civil War veteran who envisioned a beachside community where his fellow veterans could retire.

From 1890 into the next century, Disston City was known as Veteran City. The veterans soon were joined by families and others who enjoyed its scenic beachside location. In 1910, the city incorporated and changed its name once again, to the modern-day moniker of Gulfport.

Today Gulfport is best known for its popular beach and for the historic Gulfport Casino, where you're more likely to find black ties and ballroom dancers than blackjack and dancing girls. (Despite its name, the casino isn't a gaming hall -- it's actually a meeting place that adheres to the dictionary definition of "a building or room used for social amusements.")

Gulfport is located at the tip of Boca Ciega Bay, which offers many water-related activities. The Gulf of Mexico is also nearby with its soft waves and white sand beaches.

At the Beach Waterfront Complex, you can play basketball, bocce ball or horseshoes; or just take a stroll along the 6.8-acre beach. Facilities located in or near the complex include the Gulfport Recreation Center, the Gulfport Casino, the Walter & Bert Williams Fishing Pier, and Veterans Memorial Park.

There are several other parks in Gulfport, including a new state-of-the-art skate park. Chase Park is home to the Gulfport Shuffleboard Club and provides meeting space for Boy and Girl Scouts at Scout Hall. Hoyt Field offers facilities for baseball and boomerang players as well as the Gulfport Little League, and the Boca Ciega High School baseball and softball teams.

Clam Bayou Nature Park is a 10-acre preserve that's home to a variety of native species, including fiddler crabs, clams, wading birds, dolphins and manatees. The park provides several environments, from marsh and mangrove forests to the deep waters of Boca Ciega Bay.

Gulfport is also close to Tampa and St. Petersburg, which offer shopping, fine dining, amusement parks, museums and professional sporting events. Gulfport is also growing a reputation as a city involved in the arts, from there twice a month city wide Art Walks to the Gulf Coast Museum of Art.

Location: Gulfport is located on the Central West Florida coast, about three miles from St. Petersburg

There are two public schools in Gulfport: Boca Ciega High School and Hamilton Disston School, which offers special education for grades pre-K through 12. Other students attend classes in neighboring communities. Gulfport is home to one of Floridas most respected law schools, Stetson University College of Law.

There are a variety of waterfront homes and condos available in Gulfport. Homes are available for year-round occupancy or vacation rental. Waterfront homes and condos are priced competitively due to the over abundance of properties currently for sale. With an unemployment rate of only 6%, Gulfport offers wonderful homes, condos, and commercial properties at a buyers market price.