TOP Floor. Built 3 years ago and only used occasionally, like brand new. Unbelievable views. Golf Lake Condominiums is a highly sought after community close to the worl...

Completely remodeled condo is move in ready, located minutes to Indian Rocks Beach in a community with resort style amenities. Meticulously and tastefully renovated this ...

Want to live close to the Beach? Check out this updated 3 bedroom 2 bathroom home 5 minute drive to Indian Rocks beach! Look no further, this home is ready to move in. Th...

New Listing! Come check out this spacious 3 bed 2 bath home with 1067 square feet and a screened porch, fenced yard with No HOA fees on a corner lot. The home has a on...

Fantastic 2 Story Townhome in A Serene, Pet Friendly Neighborhood, Just 14 min from Indian Rocks Beach and 19 min From the Sugar Sands of Clearwater Beach is On The Marke...

Come see this nicely updated 3/2/2 between 2016-2019 well maintained home, few miles drive to the beach and Largo City Rec Center only few blocks away, and so close to so...

A REMODELED MASTERPIECE! This one has the WOW FACTOR! This 4 bedroom + 1 office home + 1 Laundry room BLOCK HOME, nestled on the HISTORIC BRICK STREETS of Largo ** within...

This lovely 2-bedroom / 1.5-bathroom, 2nd-floor, corner unit is a must-see! Sold “AS IS”, this gem is beautiful, light, and bright, with floor-to-ceiling glass sliding do...

Welcome to the in-demand Palm Hill Country Club 55+ community! This fully furnished impressive home was just listed and is your chance to live in this resort style commun...

Immaculately Maintained Home in the Heart of Largo! This home is situated in a well-established neighborhood and near everything—shopping, dining and award-winning Clear...

Amazing Arbors at Bardmoor home. This one-of-a-kind villa is exceptional. One step through the front door of a private entrance welcomes you with light and soaring vaulte...

ATTENTION INVESTORS or Buyer looking to make this home their own! Are you looking for a fixer-upper to transform? Look no further! This 2 bedroom 2 bathroom one car atta...

Buildable Lot Opportunity! One of the few buildable lots in central Pinellas County, this 40ft x 75ft pad ready lot is cleared and ready to build. Not in a flood zone. Cl...

One or more photo(s) has been virtually staged. Come see this charming 2 bedroom, 2 bathroom home now on the market! You’ll enjoy preparing meals in the gorgeous kitchen ...

Buildable Lot Opportunity! One of the few buildable lots in central Pinellas County, this 40ft x 75ft pad ready lot is cleared and ready to build. Not in a flood zone. Cl...

Lovely and Well Maintained 3 Bedroom, 2 Bath, and rare 3 Car Garage Home in sought after Bardmoor Neighborhood! This sprawling home sits on an oversized corner lot with b...

Located in a quiet neighborhood. Close to stores and 10 minutes to the beach! Selling “As is”. This 2/2 boast a large living room/family room. Huge shed in backyard to ke...

THIS 3 BEDROOM 2 BATH FEATURES ALL NEW PAINT INSIDE AND OUT. BRAND NEW 3 TON AC UNIT INSTALLED 6/10/22. ALL NEW STAINLESS APPLIANCES AND ALL NEW FLOORING THROUGH OUT THE ...

ATTENTION INVESTORS! LOOKING FOR CASH OFFERS ONLY! Block home in Desirable area. Homes in the area with 1000 to 1600 square foot and no pools are selling for an average...

WOW, what an incredible opportunity to own a home 5 MINUTES from INDIAN ROCKS BEACH with NO HOA and NO FLOOD ZONE! Your brand new home has BOAT PARKING and a separate WOR...

A little about city of Largo, Florida 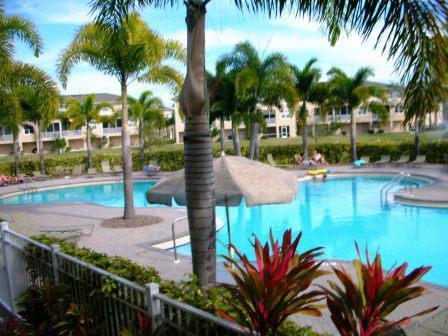 The City of Largo is centrally located in Pinellas County, north of the City of St. Petersburg and south to the City of Clearwater. Largo held the nickname Citrus City in its early days because it was the hub of the citrus industry during the 1800s thanks to its rich citrus groves and central location. Today there are nearly 75,000 residents in the City of Largo, and the city is the third largest in size within Pinellas County. Largos proximity to the Gulf of Mexico provides relief during hot summer months when the sea breeze carries moisture inland, also the winter climate in Largo and Pinellas County is warmer than in mainland Florida. Since the boom of the citrus industry in the citys early days, Largo has emerged as a growing provider of healthcare services and hospitals like the Largo Medical Center and the Sun Coast Hospital are some of the areas strongest employers.

Largo is served by the Tampa International Airport and the St. Petersburg / Clearwater International Airport as well as the Pinellas Sun Coast Transit Authority which provides bus routes throughout Pinellas County. Largo has a number of recreational, cultural, and athletic programs for its residents as well as beautifully kept parks, public libraries, and waste disposal operations.

There are a variety of homes and condos available in the city of Largo. Inter-coastal waterfront views brings unforgetable sunsets to your doorstep everyday. Homes prices in this community are as diverse as the homes themselves, with large luxury estates and modest single family homes and condos ranging from the mid-$200,000's to over $4,000,000's. One well respected gated golf communitiy to consider is the Bayou Club. Harbor Bluffs, Bardmoor Golf Club and Colins Estate are also highly sought after neighborhoods.