Whether you are looking for a short term rental income opportunity, vacation property or full-time toes in the sand opportunity, this is it. The Gulfwinds condo community...

Have you ever wanted to walk out of your home and into the sunset on "your very own section of St. Pete Beach?" This dream can be yours! You have a rare opportunity, to ...

RARE beach contemporary gem in the best location in St Pete Beach - 1.5 blocks from the Gulf! WALK to the beach and the best restaurants/cafes, shopping, & bars St. Pete ...

Paradise awaits you in this gorgeous 1st floor condo at Regency West in the heart of St. Pete Beach. This fabulous 2 bedroom, 2 bath unit has been beautifully updated. ...

Steps away from St. Pete beach, which is rated the #1 beach in the U.S. This modern masterpiece offers the very best in contemporary comfort with flawless finishes and f...

This recently renovated, 4th floor, Standard Hotel Room unit with two double beds has an entrance and window off the walkway area and offers an excellent price value oppo...

Wake up every morning to stunning wide views of Boca Ciega Bay! This wonderful elevated townhome is 1 of 5 located in the small private community of Portofino. Kick bac...

Beautiful Beau Monde directly on the sand in St. Pete Beach! Enjoy partial Gulf of Mexico and intercoastal waterway views from this 4th floor condo in this high-rise buil...

St. Pete Beach Condo located at Harbourside's sought-after Coral Pointe. Witness the beautiful sunrise on your third-floor balcony every morning. Gaze out your windows to...

Welcome to Regency West in the heart of St Pete beach. This lovely spacious unit has convenient parking. It is unique because it has NO Land Lease. The kitchen is stunnin...

This 4 bedroom waterfront home in desirable Vina Del Mar is a must see to truly appreciate all it has to offer...including 120' of protected but open waterway and boat do...

Be the Envy of Everyone living in paradise on the highly desirable Vina Del Mar Island! In this community most walk, bike or enjoy a golf cart breeze on the way to the wo...

Your piece of paradise awaits! This is your opportunity to live just steps away from the sugar white sands and crystal blue waters of St. Pete Beach. This updated top flo...

Beautiful GULF FRONT CONDO in popular Beau Monde in St Pete Beach. This rare 3 Bedroom, 3 Bath condo is located on the second floor directly on the beach and boasts MAGNI...

* * SPECTACULAR PET FRIENDLY VILLA * * HAVE THE BEST OF BOTH WORLDS * * * Own a beautifully updated and fully furnished villa that you can use as your BEACH HOME or use...

Welcome to your own beautiful Tuscan Villa estate home on the water in the Bella Vista community of St Pete Beach FL. This is a very sought-after quiet beach neighborhood...

DIAMOND IN THE ROUGH...Excellent location Pass-a-Grille, one way street, between Intracoastal Waterway& Gulf of Mexico, at the head of a 10 block section of relatively p...

Spacious condo located in beautiful St Pete Beach! This waterfront community (located on the intracoastal) is in the middle of it all- the beach, restaurants, resorts, an...

Beautifully remodeled beach bungalow just a 5-minute walk from the specatacular St Pete Beach and all its local amenities, including a variety of restaurants, bars, super...

Boca Shores is a beautiful gated community that makes you feel like you have just stepped back in time. That OLD FLORIDA feel, with its lush tropical landscaping. This 1 ...

An extraordinary opportunity to live the dream with spectacular WATERFRONT VIEWS in this absolutely stunning, totally renovated home located in St. Pete Beach - one of th...

*** FULLY FURNISHED CONDO *** Don't miss out on this lovely GROUND FLOOR move-in ready condo at Boca Shores. Endless Summer is calling you and this is just what you need ...

One of the most unique properties to come to market in Historic Pass a Grille. Residential/Income Property on gorgeous 100 X 100 double lot! This property is situated di...

One of the most unique properties to come to market in Historic Pass a Grille. Residential/Income Property on gorgeous 100 X 100 double lot! This property is situated d...

One of the most unique properties to come to market in Historic Pass a Grille. Residential/Income Property on gorgeous 100 X 100 double lot! This property is situated dir... 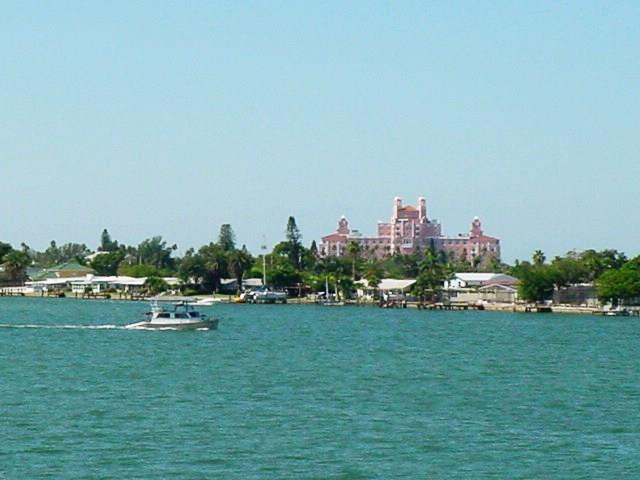 At one time, the string of islands that made up the Gulf Beaches, were known as four different keys3; Long Key, Treasure Island, Sand Key and Clearwater Beach Key. Long Key, the most southern island, was originally made up of four areas3; Pass-A-Grille Beach, Don CeSar Place, Belle Vista Beach and St. Petersburg Beach. In 1957 the four communities merged and formed the City of St. Petersburg Beach. Later, in efforts to achieve their own identity, the City voted to shortens its name to St. Pete Beach.

A historic landmark known around the world, is the famous Don CeSar Beach Resort A Loews Hotel. In 1928, Thomas Rowe built the Don CeSar for 1.5 million dollars. It has 275 rooms and is ten stories tall. Opening night, the Don CeSar hosted over 1500 guest who paid $ 2.50 each to enjoy dinner and dancing. The depression hit the Don CeSar hard and in the early 40's, the government purchased the hotel for $ 440,000 and turned it into a hospital and rehabilitation center and in 1944 it became one of the areas first hurricane shelters for residents and pets. In 1945, the Regional Office of Veterans Administration was moved into the Don and it was stripped and painted army green. In 1969, facing 3 million dollars in renovations, the government left the facility and the County was prepared to tear it down and place a park in its place. Due to an active citizens group, Mr. William Bowman learned about the Don CeSar and in 1972 purchased the building. After major renovations, the Don CeSar was reopened in 1973. Today, it is only one of eight hotels in Florida that is listed on the National Trust for Historical Preservation, Historic Hotels of America.

Historic St. Pete Beach is filled with great stories, wonderful restaurants, beautiful sunsets and picture perfect weather. If shopping interest you, you will want to visit the specialty boutiques in Pass-A-Grille and in the "Historic Corey Avenue Shopping District" or any of the other great shops located on Gulf Blvd.