Welcome to a blank canvas to build your dream home with the best views in all of Tampa Bay. This dock-buildable property rests in the heart of unincorporated Tierra Verde...

Updated 2 bedroom, 2.5 bath Tierra Verde townhome! Enjoy the comfort of the roomy main floor area that includes and open living/dining area as well as the large kitchen a...

AS ONE OF THE LAST VACANT COMMERCIAL PROPERTIES LEFT ON TIERRA VERDE, THERE IS GREAT POTENTIAL WITH THIS PROPERTY! The property is zoned C-2 with the purpose to provide t...

AS ONE OF THE LAST VACANT COMMERCIAL PROPERTIES LEFT ON TIERRA VERDE, THERE IS GREAT POTENTIAL WITH THIS PROPERTY! The property is zoned C-2, right off of Pinellas Bayway...

Tucked away, in the private, gated enclave of Greenland Preserve, lies a treasure. Captivating land with beauty that can only be derived directly from mother nature herse...

Island living at its best! This is a highly desirable, waterfront townhome with a private boat dock, 27,500 pound boat lift, and 60 feet of water rights. This beautifully...

Back on the market! Tierra Verde is a world class beach community close to Fort DeSoto State Park with convenient access to everything coastal living in St. Petersburg ha...

A YACHT OWNER'S DREAM AWAITS BEHIND THE GATES OF THIS RARE OPPORTUNITY WATERFRONT ESTATE, FORMERLY OWNED BY THE FOUNDER OF THE AUTO TRADER. This exceptional estate is per...

A YACHT OWNER'S DREAM AWAITS BEHIND THE GATES OF THIS RARE OPPORTUNITY WATERFRONT ESTATE, FORMERLY OWNED BY THE FOUNDER OF THE AUTO TRADER. This exceptional estate is per...

One or more photo(s) has been virtually staged. Buyers financing fell through ~ Island living on its best ~ Great townhome with 2 bedrooms and 2.5 bathrooms. The moment y...

WONT LAST LONG....ISLAND LIVING AT ITS BEST IN THE MAGNIFICENT TIERRA VERDE, THIS 2BED AND 2 AND 1/2 BATH HAS A BONUS ROOM THAT CAN BE USED AS OFFICE OR GUEST AND THE PRO...

Located in Downtown Tierra Verde, Great Visibility, Great Parking, Covered Entry, Elevator. This parcel is one of two parcels that are connected to a Restaurant / Lounge....

Under Construction. One or more photo(s) have been virtually staged. The final phase at Sunset Pointe is under way. This exclusive gated Beachfront community is located o...

Under Construction. One or more photo(s) have been virtually staged. The final phase at Sunset Pointe is under way. This exclusive gated Beachfront community is located o...

An oasis of luxury waterfront living abounds in this air of elegance & sophistication with an array of special designer features. You will be wowed as soon as you walk of...

This Spectacular Penthouse has an air of sophistication in this intimate community comprising of 8 home owners. An extraordinary 4000 sq ft Penthouse is rare and a model ...

The History of Tierra Verde 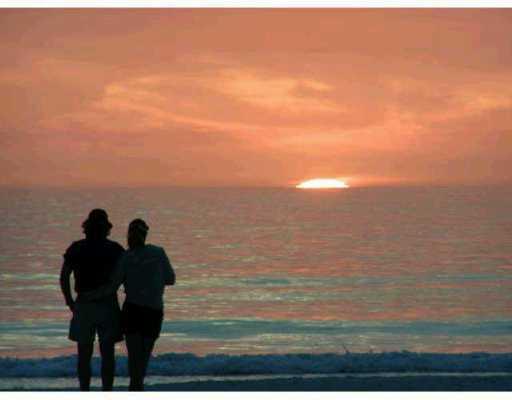 Tierra Verde was once 15 islands covered with mangroves, pines and bush. These islands ranged in size from only a few acres to the largest, Cabbage Key, having over 289 acres. For centuries, Indians used the islands for ceremonial and burial grounds. A marker remains on the east side of Pinellas Bayway, just north of East Shore Drive, where Indian relics were found in a typical shell mound, excavated when the road was built to Fort DeSoto Park. The islands were sacred ground to Indian nations as far back as 500 years ago, archaeologists suggest, and deadly conflicts occurred when outsiders trespassed.

Then the Spanish explorers came. One explorer, Ponc De Leon, came to the area in 1513, and again in 1521, when he received the wound that he later died from after returning to Cuba. Later, Hernando DeSoto, Navarez and John Ortiz explored, and then the pirates and buccaneers sailed the area, including Jose Gaspar, Juan Gomez and Jean LaFitte. A treasure was reputed to have once been buried here.

In 1848 Robert E, Lee, then a lieutenant colonel in the U.S. Army, recommended that Mullet Key be used for coastal defense in Florida. During the Spanish-American War of 1898, Fort DeSoto was built on Mullet Key. Remains of the fort still stand, along the fortifications on Egmont Key. In 1948 the federal government sold Mullet Key to Pinellas County for park and recreation facilities, now Fort DeSoto Park.

Early settlers to the area include Baltimore sea captain William Bunce and Silas Dent, who with his brother had a dairy farm. Dent lived on Cabbage Key until he died there in 1952.

Although two homes were built on Monte Cristo in 1923, and one in 1946, things were quiet until the mid-1950's when a Dr. Bradley "Doc" Waldron went to Tallahassee and persuaded the State of Florida to sell him Pine Key, Cabbage Key, Pardee Key and the surrounding bay bottom. This was about the same time construction of the old Skyway Bridge began. Waldron formed a partnership with two builders from Detroit, Hyman and Irving Green, who became majority owners of a group of 36 corporations. They named their island investment "Green Land."

Waldron-Green Associates applied for a dredge-and-fill permit in 1957. Their intent: to pump some 9 million cubic yards of sand and shells from the bottom of the bay and thus enlarge and raise the ground level of the three keys Doc Waldron had purchased from the state and join them to create one large island intersected with canals between the sections.

At, first, the only way to get here was by boat. A ferry ran from Pass-A-Grille to a dock at the end of Madonna Boulevard. Then the state developed its plans for the Bayway and financed it through a $16.8 million bond issue. The Greens persuaded the Department of Transportation to add a Fort DeSoto leg and contributed the land on which it was built, thus assuring themselves of land access to their proposed Tierra Verde.

The State's final road and bridge plans were approved in early 1960, and the developer's dredging permit was granted in December of that year. The dredging would create about 5,000 acres of buildable land. Waldron-Green and their various partners and corporations then sold the islands, with the dredge-and-fill permits, to Louis Berlanti, a contractor from New York City, and his son, Fred.

Early in 1961 Louis and Fred Berlanti arrived on the scene. By June of that year Louis was named president of the Tierra Verde Community Association, Inc.: Doc Waldron and H.D. Sluyter, of Dallas, Texas, were each appointed vice president. There was considerable speculation at the time as to exactly whose money it was that Berlanti represents. he was generally considered to be a "nominee" for Clint Murchison, the Texas oil tycoon, since both Murchison and Sluyter had been elected directors of the Association. One or more union pension funds were thought by some to be the real source of the new money.

On June 30, 1961, the Tierra Verde Community Association, Inc. Articles of Incorporation were filed with the State of Florida, and the original Declaration of Restrictions and Covenants were recorded in public record in August that same year.

By December 1962, there was a road and a bridge to Tierra Verde. In January 1963, Guy Lombardo's Port O' Call Resort had its grand opening, where Frank Sinatra, Marlene Deitrich, Liberace, Mel Torme and many other musical and theatrical stars would later perform. Lombardo promoted the resort all across the country when the band did a 10-week national bus tour to more than 20 cities. Every show included several minutes to promote Tierra Verde and "his and the Murchison's Port O' Call Resort." All across the country, their bus had a Tierra Verde banner hung on its side.

Six months later, on August 16,1963, Louis and Fred Berlanti were gone. Fragments of their bodies and their exploded airplane were found floating in Lake Okeechobee. No additional details of the questionable accident were ever reported. The St. Petersburg Times alluded to "cover" local activities.

With the death of the Berlantis, Tierra Verde was in the hands of the Murchisons for more than 14 years. Guy Lombardo and his band returned for only one more season , and was quoted as saying he had tried to strike a "new deal" with the Murchisons but had not succeeded. He never returned.

Guy Lombardo died in 1977, the same year that real estate developer Frank E. Mackle, III was elected president of a new venture called the Tierra Verde Company, a joint venture between Madonna Corporation, (a Murchison interest), and Delverde [Deltona] Corporation. Because of the lack of local interest, Tierra Verde Company worked with a network of international brokers and sold many lots to overseas investors. But growth on Tierra Verde was still low. However, in 1984 Pinellas Bayway got an exit ramp off Interstate 275 and Tierra Verde property sales increased greatly because of the easier access. In January 1985 Deltona turned the community over to the homeowners.

So now we have Tierra Verde, named perhaps as much for the brothers Green as for its green land. We are 667 acres, an unincorporated portion of Pinellas County. Both St. Petersburg and St. Pete Beach have bid for our annexation, but we have voted to stay independent. The 15 original islands are now the present six areas of Tierra Verde: Monte Cristo, Entrada, Pinellas Bayway, Sands Point, East Shore (Bayview) and West Shore (Oceanview.)

We have waterways, 150 to 350 feet wide and some 15 feet deep, that are scientifically engineered so that the Gulf of Mexico's tidal actions help sweep the waterways clean. We can fish the local waters, spot dolphin and sometimes manatees, sail to the Gulf of Mexico in minutes, and play on the beaches of Fort DeSoto Park.

In 1980 Tierra Verde real estate was valued at $15 million. By 1991 values had soared to $304 million. In November 1996 the Pinellas County Property Appraiser's Office evaluated Tierra Verde property at $349 million. There are now approximately 2,000 single-family and muti-family structures on Tierra Verde, as well as a number of commercial enterprises. An estimated 2,5000 families are expected when Tierra Verde is built to completion.