Get instant property alerts for www.suncoasthome.com

Get the MoveTo App

Welcome to this classic single-level waterfront home (block construction) in the heart of highly desirable Venetian Isles neighborhood. You will love the open floor plan,...

A waterfront masterpiece that has it all! Custom built by Campagna Homes in 2014, this luxury residence boasts soaring high ceilings in just under 8,000 square feet and i...

Enjoy all that the Florida lifestyle has to offer in this beautiful Venetian Isles waterfront, pool home with unparalleled open water views of sparkling Tampa Bay. This 2...

Great WATERFRONT home located in desirable Venetian Isles. This home is located on deep sailboat water with no bridges to Tampa Bay. Spend your free time relaxing in the...

Welcome home to this stunning California-chic contemporary waterfront residence in the heart of Venetian Isles nestled on the neighborhood's most coveted avenue. This gor...

A little about Venetian Isles of St. Petersburg 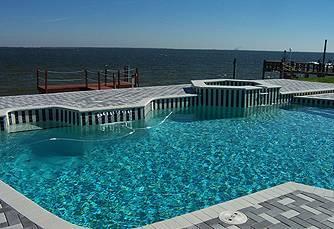 Venetian Isles is an upscale deed restricted waterfront community consisting of more than 500 homes. With deep water canals, the area is great for boating. Venetian Isles is a group of manmade islands located in Tampa Bay and reached by bridges, via Overlook Drive, Grand Canal Boulevard and Mermaid Point. The neighborhood is ideal for both young and old, containing families, professionals, military personnel and retirees. The location is a favorite of those working in both St. Petersburg and Tampa because of the fast drive to both downtown areas. Several public schools and three private schools are within one mile and a nursery/pre-school is within a few blocks. Due to the rapidly increasing values of waterfront property, most of the homes have or are undergoing remodeling or extensive rebuilding, with Meditteranean architecture. Home values now range from the mid-$300,000's to $4 million.

In the early 1970s, Sibley Homes took over the remaining lots from the Robert H. Lee Corporation of South Carolina and went on to build on all of the lots. He then transferred the authority and responsibility of maintaining and enforcing the deed restrictions to the newly formed Venetian Isles Homeowners Association., Inc. in 1970. Venetian Isles was developed as a submerged water landfill project and, as such, was built at an elevation of approximately 5-7 feet above the natural shoreline. This natural shoreline is now known as the development called "Shore Acres" which borders Venetian Isles on two sides. Venetian Isles residents for the most part have been spared flooding problems.

The Venetian Isles Homeowners Association is very active in preserving the quality of life and providing many amenities for the residents such as: a hospitality committee for new residents, a blood bank for residents, a beautification committee to preserve and enhance the entrance and flower bed area, a dredging and seawall committee to protect the waterways and insure they are navigable by even the largest of boats, a crime watch program, a garden club, a bunco "card" club, a yearly Oktoberfest and the Dolphin Cruising/Sailing Club. Venetian Island Homeowners Association is chartered to enhance and preserve the beauty of Venetian Isles and its property values by enforcing deed restrictions while providing a pleasant, social life for the residents. As such, it has a committee to manage and maintain the deed restrictions, publishes a monthly newsletter and a yearly directory of all residents.